The hardship of our time about photography is the same and opposite to that we experience in everyday’s life. We too often have a close look at an image searching for its sharpness and composition, and too rarely do it from a distance to question its consistency.

How did it happen

Born in Naples in 1984. Yes, I like to photograph. No, I don’t know why should somebody be interested in my life, how I’ve become a photographer and as such, what have I done, especially when my shots are at hand on this website and they are more exhaustive about it. Anyway, let’s go on.

I have always had a special inclination for visual arts: at a very young age I used to play video games, and I imagined creating one myself and drawn it down. Better not to think about how many reams of A4 sheets I’ve consumed while aspiring to become game designer. I continued to draw during the whole high school, as I wanted to become a comic artist, and it was then that I’ve felt an interest in photography for the first time.

However it is when I’m about to graduate in Science of Communications that I utterly have to deal with it, and after taking about a thousand shots with the Nikon D60 a friend of mine lent me, I decide to buy my first DSLR: a Pentax K10D. Thus, after wasting years of my life memorizing notions and repeating them to teachers, once I graduate I start to dedicate myself full-time to what I love most. Finally I will be able to replace the Windows’ desktop wallpapers with my photos. Nothing against the factory ones, but I was attracted by the idea of sometimes watching my pictures when closing the windows and remind where I was and how I felt. But I realize pretty quickly that more than landscapes and streets, I’d rather photograph people making them pose for me.

Nevertheless, I keep on growing my interest in advertising and cinema, to which I approached mostly at university, noticeably influencing my my aesthetic style and, in general, my personal and professional choices.

I get a lot of inspiration from advertising and cinema.

Within a short time passion becomes job, and my friends believe that I am good enough to involve me in my first commissioned shootings. I do envy their trust in me, but they seem happy even when the shots have been delivered.

I begin to grow up some self confidence, so I create a Facebook page and I even spend some money for a web domain, so I can use the internet as my showcase. Does this sound familiar?

From here on, more people start asking me for shootings. I’d describe this feeling as “motivated by new challenges“, which is a polite way of saying “oh shoot, now what am I gonna do“. But this very kind of fear is the signal that we are alive and evolving, it would make no sense being in our comfort zone all the time, doing things where we already know we have about 100% chance of success.

Looking for higher standards (and higher budgets) I decided to move sometimes to Milan, where I’m searching for new collaborations.

I’m a teacher at The Make Up Artist School by Monica Robustelli, and official member of the Pentax Photography Team.

I currently work with model agencies within the territory of Milan and Naples, shooting model tests and fashion editorials. 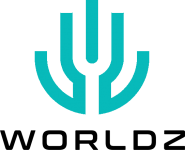 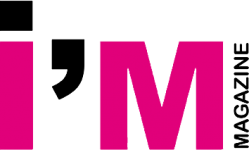 This website uses cookies to improve your experience while you navigate through the website. Out of these, the cookies that are categorized as necessary are stored on your browser as they are essential for the working of basic functionalities of the website. We also use third-party cookies that help us analyze and understand how you use this website. These cookies will be stored in your browser only with your consent. You also have the option to opt-out of these cookies. But opting out of some of these cookies may affect your browsing experience.
Necessary Sempre abilitato
Necessary cookies are absolutely essential for the website to function properly. This category only includes cookies that ensures basic functionalities and security features of the website. These cookies do not store any personal information.
Non-necessary
Any cookies that may not be particularly necessary for the website to function and is used specifically to collect user personal data via analytics, ads, other embedded contents are termed as non-necessary cookies. It is mandatory to procure user consent prior to running these cookies on your website.
ACCETTA E SALVA